Are you considering a Tesla or waiting for a VIN assignment after placing your order? Here are some of the annoyances and gotchas you need to be aware of with a brand new Tesla.

Are you considering a Tesla or waiting for a VIN assignment after placing your order? Perhaps you track the shipping movement on Twitter or watch your clock waiting for the delivery day? As a Tesla owner, I went through the same fun but painful process. Then finally, it happened, a brand new Tesla Model Y Long Range arrived safely delivered to my house via AnyVan delivery.

I went through the inspection app to look for panel gaps and scratches, and the car was in pristine condition. After a few days of driving, I came across some annoyances and found that while people mostly discussed the issues on Tesla forums, none of the reviews on YouTube discussed them.

Below is the list of annoyances you could expect with a brand new Tesla Model 3 and Model Y and how you might DIY remediate them with minimal visits to a service centre.

Before shipping them, Tesla over-inflates their car tyres to a whopping 50 psi instead of the recommended 42 psi. Thanks to the shipping speed, the cars would retain around 50 psi on the delivery day, making your first drive unbearable and even risky since some of the tyres are not rated for such overinflation.

Use a deflator or visit a gas station to reduce the tyre pressure to the recommended level before going home on a long journey.

Wind Buffeting noise affects many hatchbacks such as Mazda and even some models of Porsche, so Tesla is not alone to have this problem. Here is a simple tip that involves adjusting the bumper contact points to minimize wind noise which seems to work to a certain extent.

Some owners have had varying levels of success by using a door edge guard as a wind deflector, as explained below.

You can always resort to bumping up the audio to ignore this problem should you wish.

Every Tesla would exhibit rattling and creak noises even within the first week. You could identify all the sources of rattles by driving at low speed on bumpy roads (Any road in Britain?).

There are some DIY fixes on YouTube, but we would recommend these only for confident users since one could damage the clips or increase the seat belt's friction which could be risky.

The long video below lists a few more rattles sources to help look for similar issues before raising a service request.

The WiFi antenna found in the passenger-side mirror is quite weak, requiring a WiFi repeater to work, and it doesn't support many WiFi 6 routers with Wireless AX capabilities. Bluetooth range is also limited, resulting in many failed to summon attempts.

Issues related to autopilot such as Phantom Braking and failures due to camera visibility, problems with auto wipers during rain are all known annoyances without an available solution. Tesla offers a great EV experience despite these annoyances and could serve as a primary car for many years with little maintenance concerns.

The link has been copied! 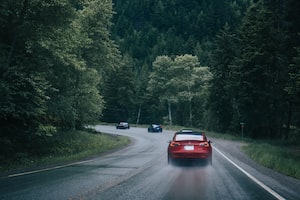